Lunch at the Ritz-Carlton Golf Resort with Sally Bedell Smith 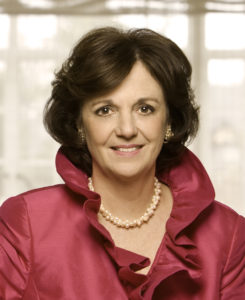 American historian and author, Sally Bedell Smith, is known for her well researched and insightfully written biographies. Her subjects include American Presidents John Kennedy and Bill Clinton as well as Ambassador Pamela Churchill Harriman and CBS Chairman Bill Paley. Her interest in British Royalty resulted in biographies of Queen Elizabeth II, Princess Diana, and her latest book: Prince Charles: The Passions and Paradoxes of an Improbable Life — an instant bestseller in The New York Times, The Wall Street Journal and The Washington Post.

“A multidimensional portrait of a complex, sensitive, and often visionary man (his ideas about sustainable living were once considered eccentric), who has carved out a dynamic public role as he waits his turn to govern. Intimate but not gossipy, this highly accessible and thoroughly researched volume would do well in all collections.”
— Library Journal

In her early career Sally Bedell Smith wrote for Time Magazine, The New York Times and Vanity Fair. She is the mother of three children and lives in Washington, D.C. with her husband, Stephen Smith.

In her talk, Sally Bedell Smith will regale us with insights gained through decades of painstaking research — she understands the British aristocracy and The Royals. She has written about Prince Charles with skill and sympathy and will give us new insights into his ‘improbable’ life.

Signed copies of Sally Bedell Smith’s books will be available for purchase and she will be happy to sign your books.